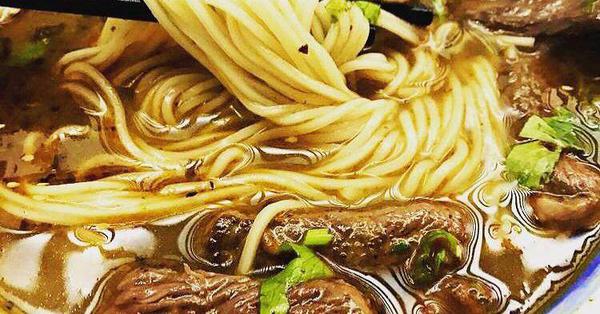 That slight nip in the air can only mean one thing: Nashville needs some steamy bowls of egg drop soup and fried rice — stat. There’s something about Chinese cuisine that feels like being wrapped up in a comfy, cozy blanket on a chilly night. 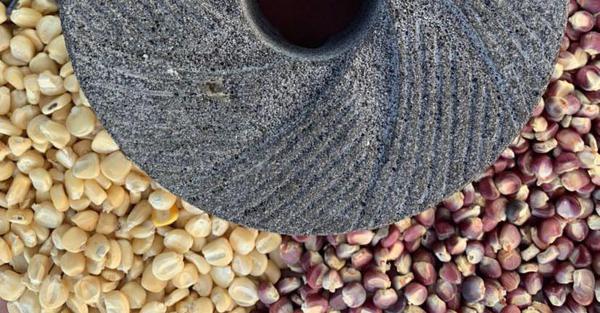 This Corn-Obsessed Chef Is Making Nashville’s Most Exciting Tortillas

Nashville’s no stranger to tortillas. There are plenty of legit and downright delicious options to indulge any masa lover’s cravings. But Julio Hernandez of Maiz de la Vida isn’t just making the freshest masa in town, he’s also teaching the city about a centuries-old tradition that starts with a crucial ingredient in the tortilla game: corn.

Nashville Restaurants With Outdoor Seating That Have Reopened - Nashville

Nashville began a modified Phase Two of the Roadmap for Reopening plan on July 3rd. That means restaurants are back in business, offering dine-in service along with takeout. Before you rush the nearest host stand, here are a few things you should know: All restaurants must operate at 50% capacity, party sizes are limited to no more than six people, and a mask or face covering is required when you’re not seated at your table.

This is the true story of a young man born and raised in Trinidad, who landed at MIT at 16, later graduated from Harvard Business School, and after a conversation with Howard Schultz (yeah, THAT Howard Schultz) went on to become the youngest VP at Starbucks. And for most people, that might be all the happy ending they need to call it a day. 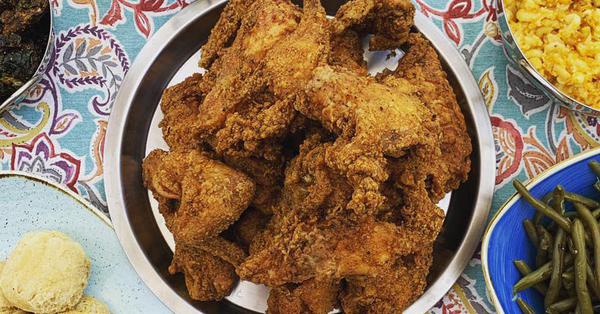 Where to Order a Mother’s Day Takeout Feast in Nashville

News flash: Mom doesn’t want flowers this year. She wants buttery biscuits. Succulent leg of lamb. Lobster. And she doesn’t want to have to make them herself, okay? 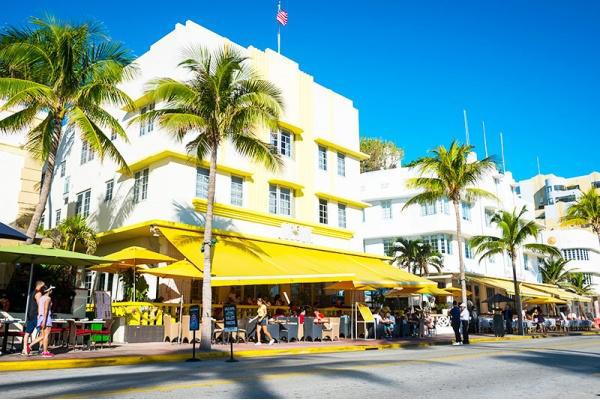 7 Miami Bars That Anchor Their Neighborhood 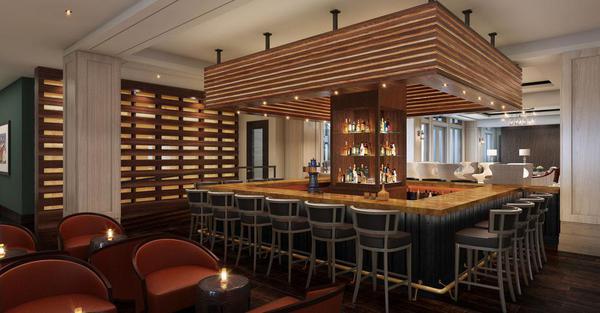 Franklin finally has a fancy hotel to call it’s very own, and with it, a new date-night destination, stocked with bourbon and buttery cuts of beef. 1799 Kitchen & Cocktails, nestled within The Harpeth Hotel, quietly opened its doors over the holidays with a bevy of Southern-influenced dishes and powerhouse pours of whiskey. 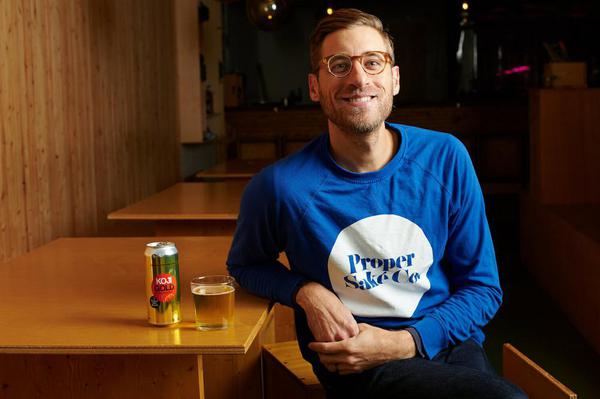 Two days. That’s how long it took for cans of Koji Gold to fly off of shelves around Nashville. The wildly successful launch from Nashville’s only sake distillery was unexpected for Stithem, who currently uses extra tank space at Fat Bottom Brewing to make the Japanese-style lager. But the progression from distilling sake to brewing beer was a natural one for the music-management-major-turned-fermentation-geek. 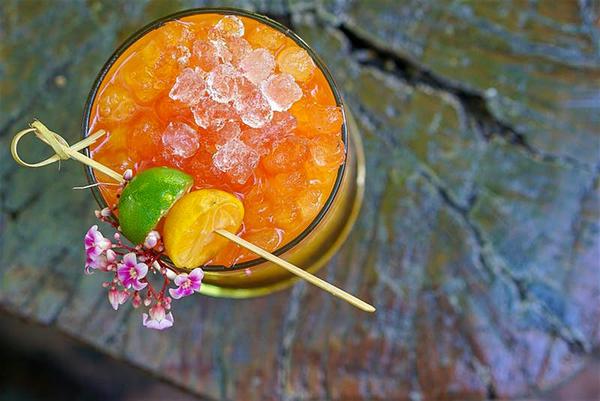 Shake it up at Miami’s best cocktail bars

Once upon a time in Miami’s late-night bar scene, the best you could hope for was a watered-down mix of booze and juice sloshing around in a plastic cup. But over the past decade, the Magic City has ushered in a mixology renaissance that has put the world on notice. Now, handmade tinctures and bitters mingle in crystal coupes with artisanal ice and deliver a cocktail scene that looks and tastes sexy. 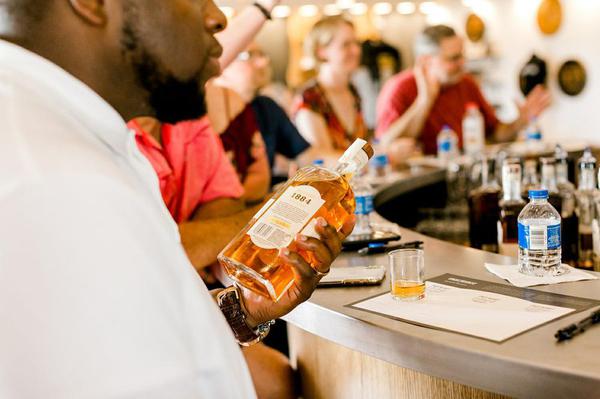 You’d almost be forgiven for driving past Shelbyville, a small, bucolic town located about 60 miles south of Nashville, where rolling pastoral lands give way to a place best known for Tennessee Walking Horses and pencil manufacturing. But now, the city is the gatekeeper for an important piece of Tennessee’s storied distilling history — the legacy of America’s first and only African American master distiller, Nathan “Nearest” Green. 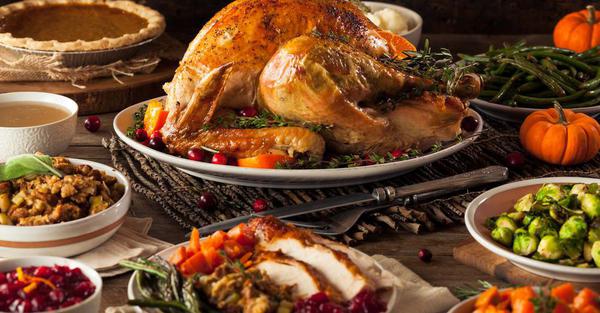 Where to Eat on Thanksgiving Day in Nashville, 2019

For those visiting, for those without the desire to host all those relatives and for those who despise dishwashing, give thanks — for these fine Nashville dining establishments providing an alternative come Thanksgiving day. These restaurants are all open on Thanksgiving, November 28 ready to throw down Turkey Day style, with some stress-free traditional feasts plus other outside the turkey box holiday options. The most stressful part of your day can be making reservations — but get that out of the way early, as it’s the busiest day of the year for many of these restaurants. 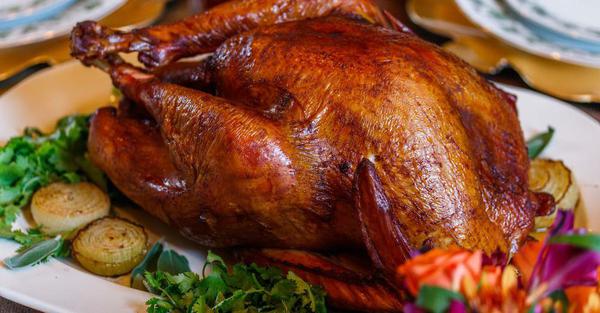 Forget about perfecting that giant butterball turkey and pick up the phone, because everyone knows those hours spent toiling in the kitchen could be better spent arguing about politics over wine and warm apple cider. While some people spend months preparing to host the perfect Pinterest-worthy Thanksgiving meal, not everyone looks forward to all of that prep and stress. 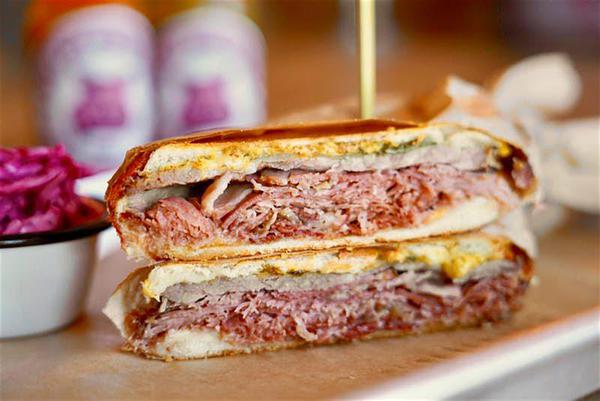 When Cuban immigrants came to Miami in the 1950s and 60s, they forever changed the city’s food landscape with a single sandwich – the Cubano. The formula is deceptively simple – take one part roast pork, one part ham (Tampa also throws Genoa salami into the mix), lovingly layer them with some mustard, pickles and Swiss cheese between two buttered slices of Cuban bread and throw the whole thing into a hot press. The result? A culinary legend. 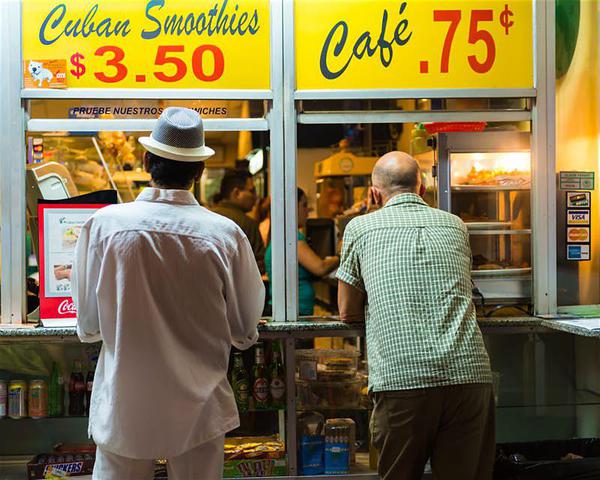 Don’t let the occasional big-chain coffee shop fool you — Miami runs on Cuban coffee. This strong caffeinated concoction made from Cuban espresso and sugar not only helps locals power through a midday slump, but it bridges social barriers and provides lubricant for idle office chatter or heated political debates. The drink, also known as cafecito, is so deeply entrenched in the local culture, the mayor of the City of Miami proclaimed 3:05 p.m. Miami’s official cafecito break time. The first rul 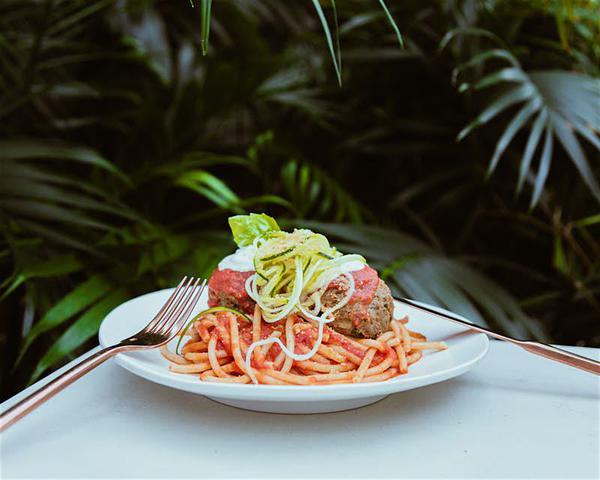 The 7 best vegan restaurants in Miami

Being a carnivore in Miami’s Caribbean and Latin-influenced foodscape is a breeze. Need proof? Look no further than the roast pork, creole-sauced goat and citrus-marinated hunks of tuna dished up all around the city. But if your tastes run closer to tofu than T-bones, Miami’s budding vegan scene has plenty to keep your palate entertained. From a taco shack churning out all-vegan fare to a hidden oasis of artful animal-free dishes, these Miami vegan restaurants will encourage you to eat your veg 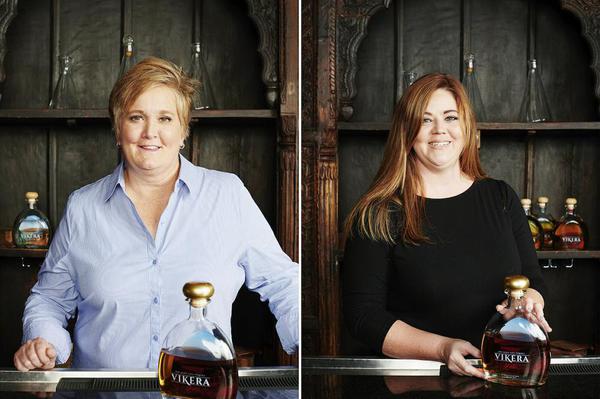 When the alcohol industry comes up in discussion, most people mentally flash to an image of a stodgy male distiller or a mustachioed barkeep throwing together a mix of bitters and booze at a bar. “There’s a perception that the spirits industry is dominated by males,” says Carrie Drury, owner of Harvest Beverage Company. “But we’re learning that there are just as many—if not more—female consumers, and that’s starting to be represented in some incredibly talented purveyors, executives, winemakers 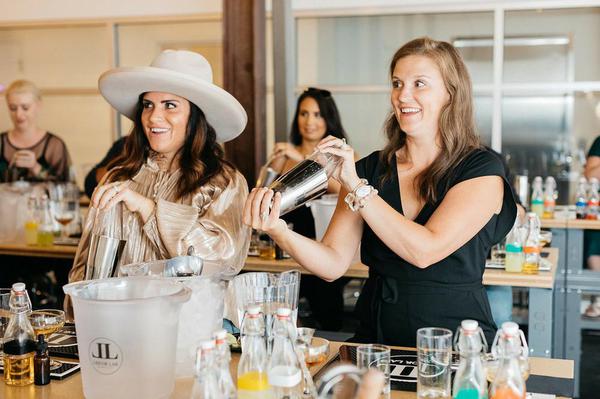 Ever wonder what it takes to be a bartender? Liquor Lab has answers—and they’re sharing them with Nashville’s cocktail enthusiasts. The brainchild of West Point grad and entrepreneur Owen Meyer, Liquor Lab puts the art of mixology in the hands of those who typically sit on the receiving end of the bar. Here, guests are taught how to shake, stir, and sip their favorite drinks while learning the history behind them from a category-specific professional. It’s a concept that’s gained traction with 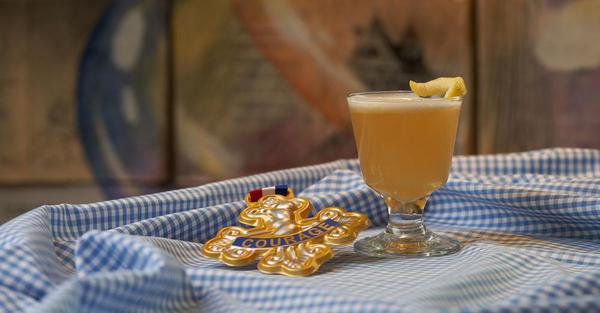 Turns out a triple heel tap won’t get you past your bedroom, much less transport you to Oz. But, starting August 9, Headquarters Beercade launches its “No Place Like Home” pop-up experience — and that just might be the next best thing. Nashville’s biggest arcade bar has dabbled with pop-up concepts before, reinventing itself as a holiday wonderland during their “Reindeer Games” event in December and the Mos Eisley cantina for a May 4th “Star Wars” tribute. This time around, the 6,500-square-fo

When your family business involves making ridiculously delicious Bourbon for the masses, life is pretty damn good. That’s assuming you’d want to get into business with your family in the first place, eh? Well, that was a gamble Wes Henderson took when he asked his father, legendary distiller Lincoln Henderson, to co-found Angel’s Envy with him. Lincoln, who was doing whatever it is that Kentucky Bourbon Hall of Famers do when they retire, decided to give it a go with his son, and you know what they say about the family that makes Bourbon together... Yeah, we’re not sure either. But they probably throw a hell of a holiday party. 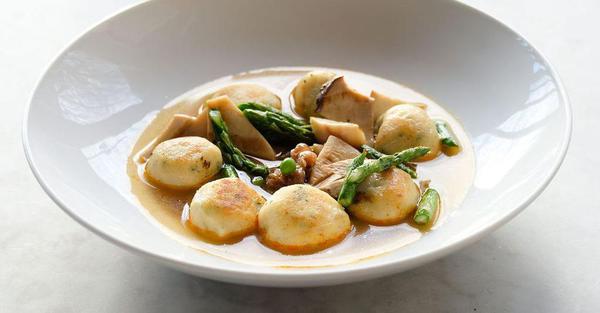 The Hottest Restaurants in Nashville Right Now, May 2019

Tipsters, readers, and friends of Eater Nashville always want to know: Where should diners eat right this very minute? What are the newest and hottest restaurants? And while the Eater 38 is a crucial resource covering old standbys and neighborhood essentials across Nashville, it is not a chronicle of the city’s “it” places. Thus, the staff offers the Eater Heatmap, which changes regularly to highlight where the food-crazed crowds are flocking.
Load More Articles
Close ✕